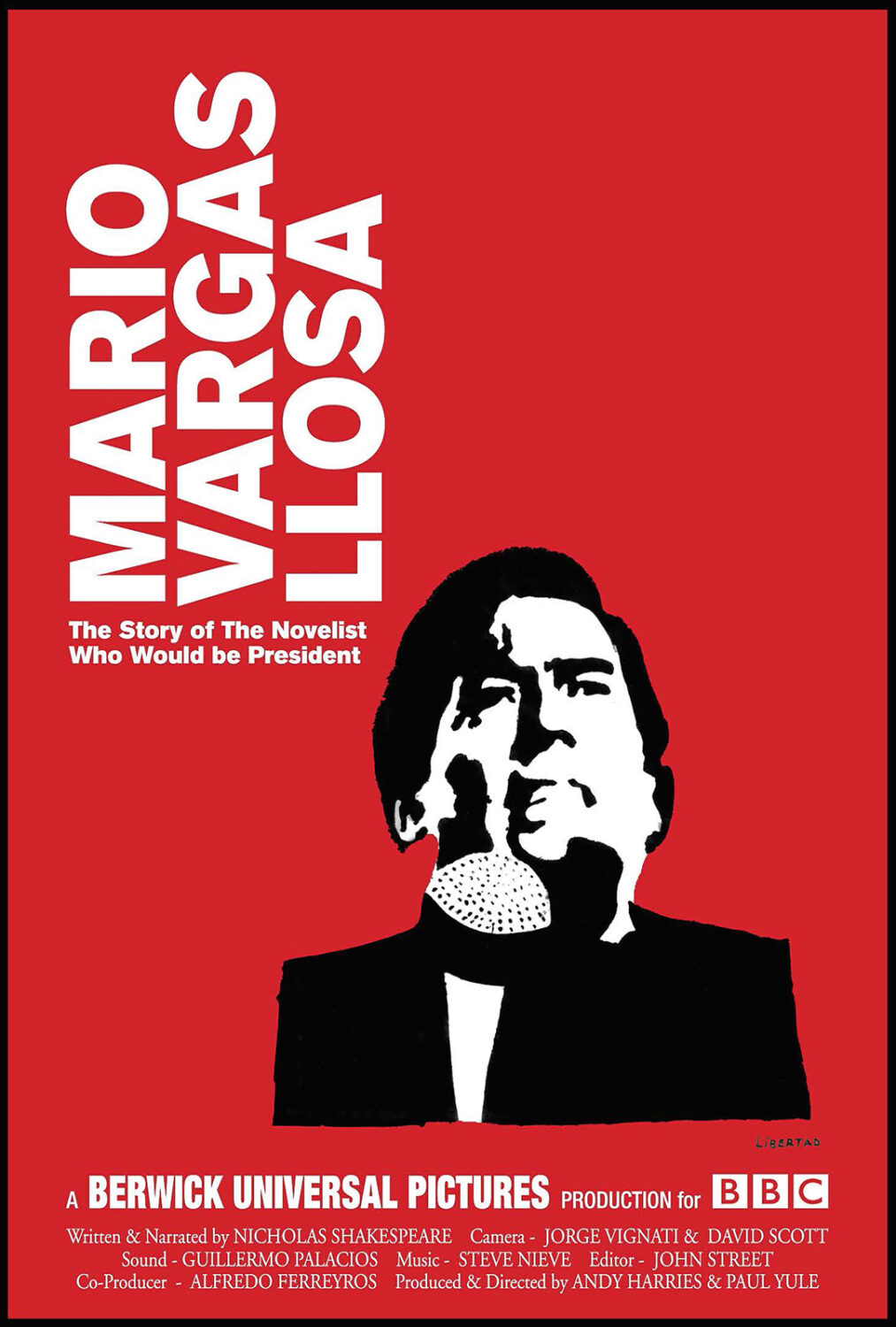 MARIO VARGAS LLOSA, one of the worldʼs great novelists, ran for the Presidency of Peru in 1990 – unsuccessfully. With unprecedented access, this film follows Vargas Llosa through the most turbulent year of his life. From London to Italy to Peru it weaves together his changing relationship with both literature and politics and, using the style and texts of his fiction, tells ʻThe Story of The Novelist Who Would Be Presidentʼ.

Written and Narrated by NICHOLAS SHAKESPEARE

Produced and Directed by ANDY HARRIES and PAUL YULE

‘A ﬁne ﬁlm that shifts effortlessly from text to political analysis to biographical history.’ – TIME OUT

Previous: Our God The Condor Next: The Photographer, His Wife, Her Lover