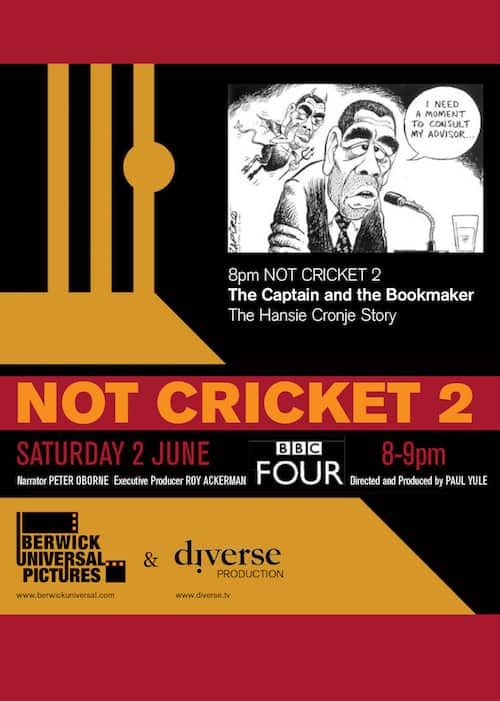 The Hansie Cronje Story. A film that lifts the lid on the new South Africa.

Sequel to the award-winning Not Cricket: The Basil D’Oliveira Conspiracy. Completes a 60 year history of South African politics through the prism of cricket by telling the tragic but damning story of Hansie Cronje. Cronje was the iconic hero of South African transformation who, by taking bribes to fix international cricket matches, betrayed Mandela’s ideal.

Features exclusive interview with MARLON ARONSTAM, one of the bookmakers who corrupted him. With BOB WOOLMER, Cronje’s boss and controversial coach  – filmed just weeks before his death amid false rumours he was murdered by match fixers. There are also frank confessions from fellow Test teammates, friends, mentors and key opinion formers in South Africa.

Previous: Battle For The Holocaust Next: Mugabe’s Secret Famine