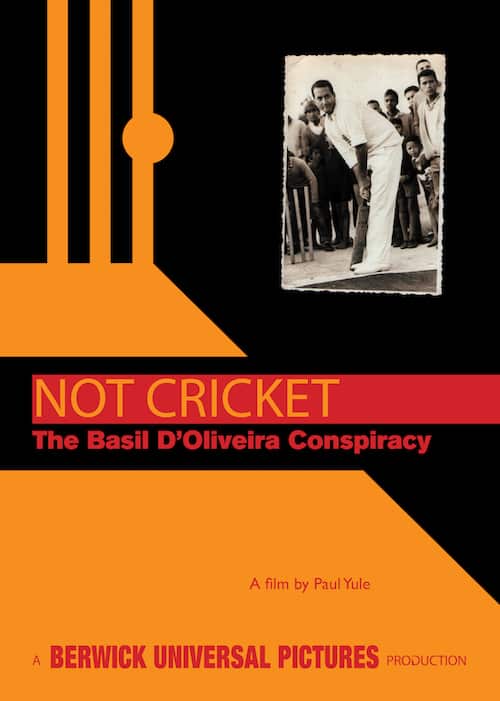 Basil D’Oliveira. One of the great betrayals of modern sport.

The story is set against the backdrop of the tumultuous events of 1968. In this major documentary we learn the story of Basil D’Oliveira and his treatment by the English establishment. D’Oliveira himself speaks out for the first time.

Written and narrated by PETER OBORNE. With explosive new evidence it tells the full story of the D’Oliveira scandal. And it explains the critical political role that cricket played in bringing about the fall of Apartheid in South Africa.

“A damning indictment of racism … and a valuable sporting profile.” The Sunday Times

“A documentary that’s both an indictment of shameful behaviour and a fabulous celebration of one man’s success against the odds.” The Guardian

“Fascinating and shaming …” The Mail on Sunday
“An expose of corruption, blackmail, political chicanery and the establishment trying to pull the wool over the eyes of the world.” The Sunday Times
“An amazing film of his life …” Evening Standard

By 1968 Basil D’Oliveira had made his home in the UK. This brilliant “Coloured” cricketer from South Africa found himself at the centre of a row. It rocked the English political and sporting establishment. Excluded from the England team to tour South Africa – apparently because of his race – “The D’Oliveira Affair” was to lead directly to the sporting isolation of South Africa, which helped end the system of white rule in South Africa.

Previous: About Next: Cart