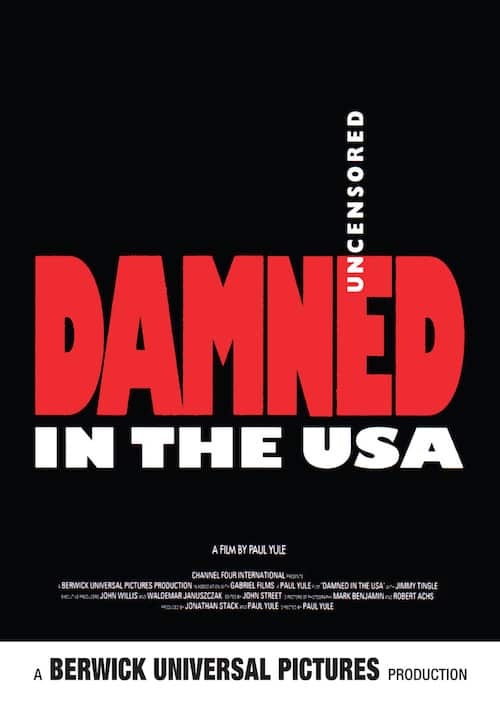 The compelling, multi award-winning investigation of the censorship battles, anti-pornography debates and culture wars between the political left and right that raged throughout the late 1980s and early 1990s. In the late 1980s, American conservative groups began to wage a crusade against the government funding of artists who they deemed as threats to public decency and family values. With comedian JIMMY TINGLE acting as a “Greek Chorus”, Paul Yule points his lens at those closest to the controversy, including prominent conservative politician Jesse Helms and Rev. Donald Wildmon of the American Family Association, as well as the controversial musicians and artists at the center of the firestorm.

Previous: The Photographer, His Wife, Her Lover Next: The Life Of Jo Menell