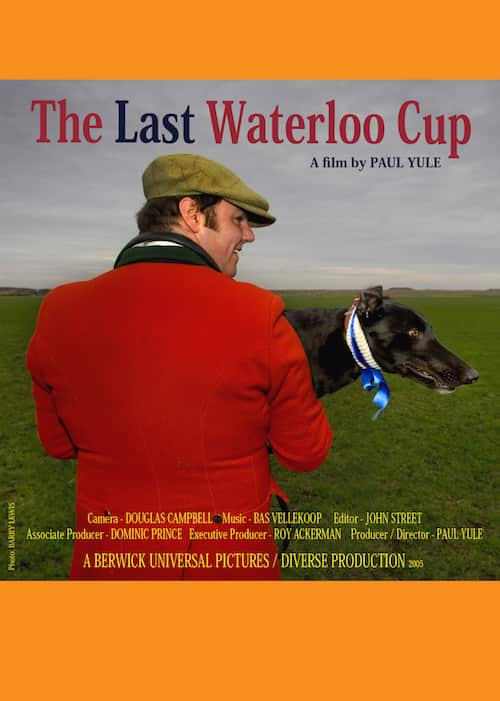 The Last Waterloo Cup is set against the background of the impending ban by the UK parliament of Hunting. A finely observed and emotionally charged documentary. Follows the very last grand-prix of hare coursing.

The Waterloo Cup is a knock-out competition for greyhounds. It has been run continuously since 1836 at Altcar, near Liverpool. A six-month long search for the champion greyhound, it was started by the same man who founded the Grand National.

It is run as a knock-out tournament between sixty four coursing greyhounds from Great Britain and Ireland. Supporters describe it as the ultimate test of a greyhound. Opponents of hare coursing, such as the League Against Cruel Sports, see it as a celebration of cruelty. The Hunting Act 2004, which came into force just after the 2005 cup, made hare coursing events illegal in England and Wales. The Waterloo Cup has not taken place since.

The climax of the documentary is the running of the last ever Waterloo Cup Final. This happens on the day before the ban on hunting with dogs comes into force. With unprecedented access, the film documents a rarely seen slice of English life while following the arguments both for and against its demise.

Previous: O. Winston Link: Trains That Passed In The Night Next: Our God The Condor