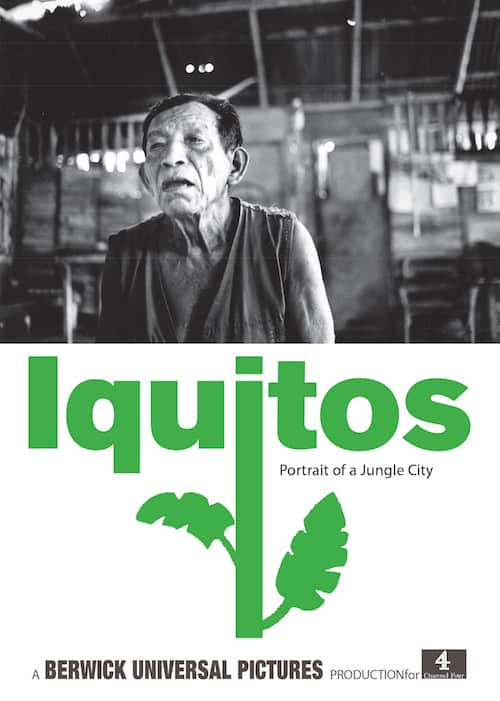 Iquitos on the Amazon. A proﬁle of Peruʼs legendary jungle capital, 2300 miles up the Amazon River. Tells its extraordinary history and its curious present. IQUITOS was a grand city at the beginning of the 20th century, linked to Europe and the US through the rubber trade, though at great human cost. Today it is hard to separate fact from ﬁction. Amongst the many curiosities, children are called anything from Hitler to Lady Diana – women claim to give birth to dolphins – and the shamanic medicine-man, Don Emilio, sees all.

NICHOLAS SHAKESPEARE presents, with a special contribution from the novelist MARIO VARGAS LLOSA.

‘A fascinating, lively documentary’ – THE TIMES

Previous: Our God The Condor Next: As American As Apple Pie