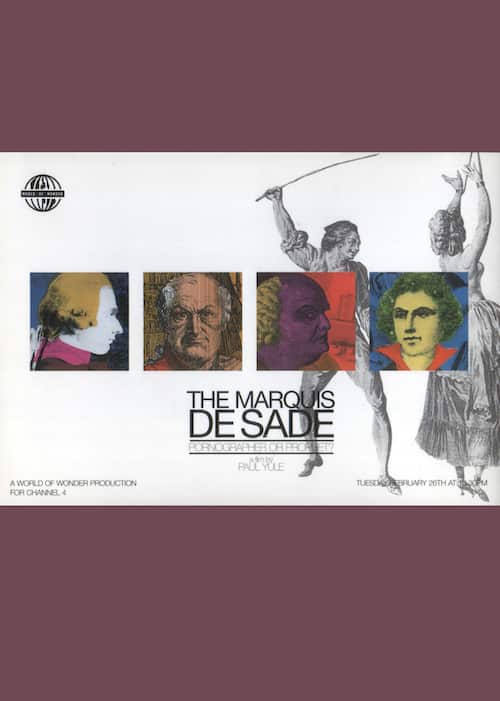 Some revere the MARQUIS DE SADE as an inspiring revolutionary, others condemn him as a depraved sex-mad monster. The infamous 18th century French libertine’s novels are filled with sexual violence and mutilation, but de Sade himself is a confusing, defiant figure. Imprisoned as a pornographer in his lifetime, de Sade has gradually become a cultural icon, a source of inspiration to artists and writers, especially to the surrealists, and even to many contemporary feminists. In the end, De Sade teaches us what it is to be human because it is impossible to encounter his work – “The 120 Days of Sodom”, for example – without suffering an expansion of awareness, both of evil and of yourself.

Previous: God Don’t Live Here Anymore? Next: How To Be A Composer