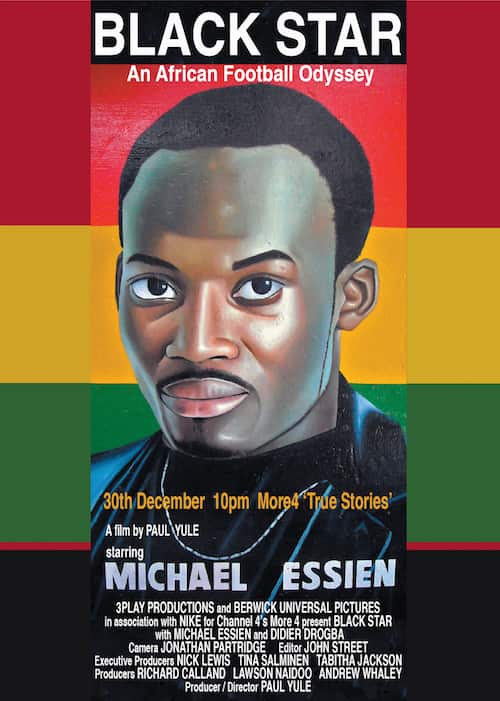 With the 26th African Cup of Nations in Ghana setting the scene, the focus is on the highly marketable Chelsea midfielder MICHAEL ESSIEN, the rock upon which Ghana’s football team, the ‘Black Stars’, is built. Footballers like he and DIDIER DROGBA have made a difference to Africa’s sense of its own power.

As football in Africa grows in importance, the film asks … Does Africa itself benefit from the amazing development of its football? or is this just a new scramble for Africa by the European powers?

“Recognises football for what it is – an industry. Beautiful game or not, business is business” – THE INDEPENDENT ON SUNDAY