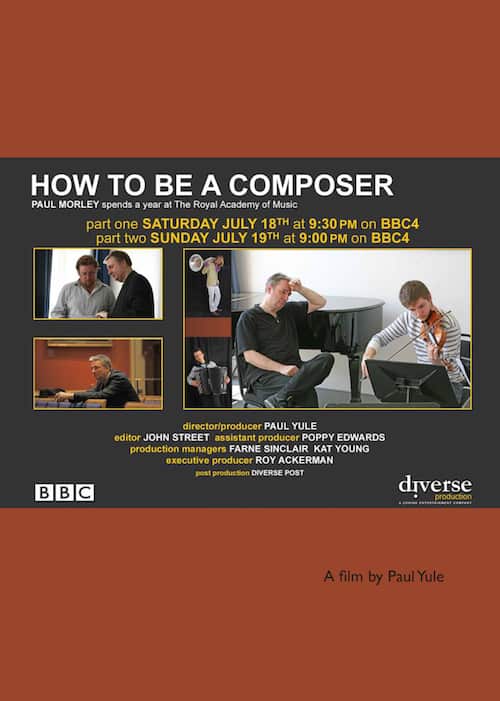 Journalist and music critic, PAUL MORLEY left school at the age of 16 – and hasn’t been back since. Until now. These two films follow him over the course of a year as he joins London’s premiere music conservatoire, The Royal Academy of Music, to study “Composition”. Though Morley has decades of experience in the world of pop, formal music has so far been a mystery to him and the film follows the fascinating process of him going from little classical musical knowledge to writing his own String Quartet for public performance.

Previous: Not Cricket 2: The Captain And The Bookmaker Next: Babitsky’s War